The Krawk Cup was a staff tournament launched in September 14th, 2001 (Year 3). It lasted until September 30th, and was the first event to take place on the newly released Krawk Island.

There was no story as such to this staff competition; and, unlike in previous outings, no one died, much to the relief of all involved. The idea of the tournament was that Krawk Island was hosting a Deckball tournament, into which 40 of the Neopets team had entered.

The players were randomly assigned to 7 leagues holding 5 or 6 players, and each player would have one match against everyone else in their league. At the end of the round, the top two players in each league would move forward to a knockout round, along with the two best runners up overall.

In the knockout round, the remaining 16 players faced off against each other, reducing the number of players to 8 for the quarter finals. This then led to semi-finals, and then the grand final.

The leagues (with players ranked according to scores) were:

The finals system was then as follows: 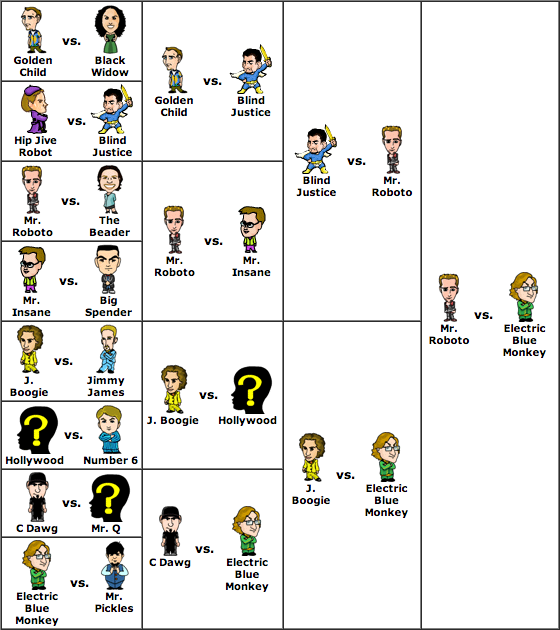 Mr. Roboto was the eventual champion, and took home the Deckball trophy. He won the match with a score of 11-3 against Electric Blue Monkey.

As with most staff competitions, users could participate by guessing the eventual winner.

Numerous awards were handed out for those who correctly guessed the winner:

Similarly, those who correctly guessed Mr. Roboto received a trophy.

This page was written by Herdy and last updated on October 14, 2018.