The Lost Desert Plot was released on the 30th of August, 2005 (Year 7). It lasted until the 29th of November, and served as the introduction of Qasala. It was the first example of a plot that combined many different elements in its steps.

The plot began with the mysterious Prince Jazan bribing his way into Princess Amira's throne room. There, he claimed to have a contract which promised Princess Amira as his bride. The Princess cast Jazan out of the city, branding him a fraud. As the Prince rode away, two local thieves by the names of Tomos and Nabile followed him with the hope of scoring some treasure. They followed the Prince to the ruins of the long dead city, Qasala, which had been deserted for 200 years. With nothing to show for their travels, Nabile and Tomos returned to Sakhmet.

Soon after, Princess Amira prepared to make a grand speech to her people. It was later revealed that she had planned to announce:

Henceforth let it be known throughout the Lost Desert that Neopets are not to wear white after Draik Day...

Jazan returned to the city, and Nabile and Tomos hid on the path outside of Sakhmet to ambush him when he left. Jazan interrupted Amira's announcement, once more asking for her hand in marriage. When Amira declined, Jazan was thrown into a rage and summoned up a great magical force that teleported the entire city to an alternate dimension where undead creatures roamed. Tomos and Nabile made their way back to the ruins of Qasala. There, they were attacked by the Nightsteed, and narrowly avoided death by falling into a pit. 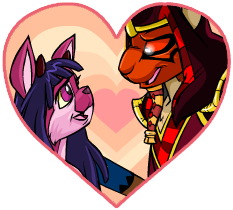 The duo soon discovered the tombs of ancient Qasala, and Nabile set about trying to translate the Qasalan hieroglyphs. She discovered that Qasala had been struck down with a horrible curse, and that only Jazan's marriage to a Princess of Sakhmet would lift it. Tomos soon discovered the Ring of the Lost, which teleported the two of them back to Sakhmet. Meanwhile, out in the desert, other locals began to construct a Scroll Repository containing knowledge that might help solve the disappearance of Sakhmet. Tomos and Nabile arrived too late in Sakhmet, as Amira reluctantly agreed to marry Jazan. During the wedding ceremony, Nabile interrupted and explained that the marriage would not break the curse, as neither party loved the other. As she explained, a startling discovery was made - Nabile was actually a descendent of Princess Neera, a disgraced Sakhmetian Princess. Nabile agreed to marry Jazan in Amira's place, having learned to love him. With the marriage complete, Sakhmet returned to the desert, and the couple set out back to Qasala.

However, they soon discovered that the curse had not been broken, and Jazan eventually succeeded in convincing Nabile to return to Sakhmet in search of an answer. It wasn't long before an unnatural storm descended upon Sakhmet, and Emperor Razul, Jazan's undead father, arrived to lay waste to the city. Claiming to have been freed from his imprisonment by the marriage, he effortlessly destroyed the Sakhmet army. Sensing Nabile was in danger, Jazan set off at full speed to the city.

Meanwhile, the efforts in the Scroll Repository finally paid off, eventually leading to an ancient weapon that would weaken Razul. The Emperor located the Princesses within the palace, and overpowered Jazan while unleashing his magic on Nabile. Weakened by the magic weapon, Razul was once again challenged by an enraged Jazan, who succeeded in overcoming and destroying his father. With Razul dead, the curse of Qasala was finally lifted, and peace returned to the desert.

Users participated in the plot by completing a series of puzzle steps scattered throughout the site, which were gradually released over the course of the plot. Points were awarded depending on how quickly after release each step was completed. In addition, during the stages that saw construction of the Scroll Repository, users could take part in Sand Moving, Block Moving, and Furniture Moving, which gave additional item rewards but no plot points.

A prize shop was released after the plot allowing users to purchase items with plot points.

Trophies were also awarded based on plot points.

An avatar was awarded to those who completed a specific step mid plot:

Awarded to users who participated in the Lost Desert plot and successfully translated their tablet.

This avatar was discovered during the Lost Desert Plot but, for some unknown reason, it was never released to the public.

In addition, the Qasalan site theme was awarded to those who participated. 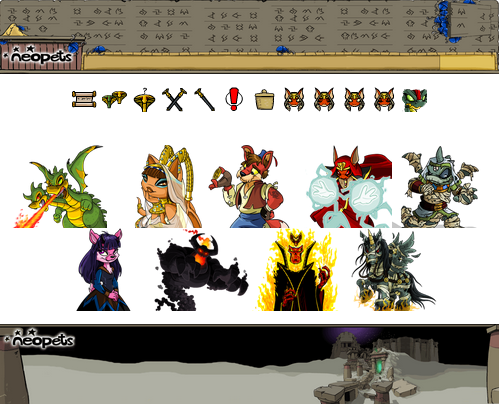 This page was written by Herdy and last updated on November 28, 2020.