The story began with Weltrude, the manager of the PPL, preparing to open Petpet Park. She called three workers, Kaylee, Mick, and Deckar to her room. These three employees were actually secret agents, taking on risky missions on behalf of the PPL. Weltrude, under the codename of Mother Bruce, instructed them that several portals to the alternate Petpet universe of Petaria were appearing throughout Neopia. With guidance from Professor Rigby, the three set off to Terror Mountain to locate a group of Dryms due to come through a portal. The agents succeeded in locating the Petpets within the depths of the Ice Caves. However, they also found some other equipment, suggesting that someone else had gotten there before them. 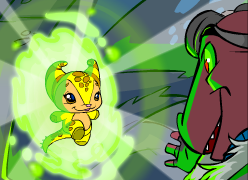 Next, Professor Rigby dispatched the trio to Shenkuu. Legends there spoke of a Moonlight Opal, which when placed correcting at certain points of the lunar cycle, could open up portals to different worlds. The agents tracked down the opal, and managed to align it correctly to allow Hifflos to come through a portal. Meanwhile, another employee of the Petpet Park, Lindesen, revealed that a former PPL agent, Yurius, was fired some time ago. When he left, he stole several pieces of equipment, which may well have been the ones found on Terror Mountain.

Next, the agents were dispatched to Faerieland on the hunt for Pinixys. There, they found that Yurius had arrived first and opened dozens of other portals. Gradually, they managed to shut down the extra portals and rescue the Petpets. After giving them to the PPL agent, Casandia, the group headed off to Mystery Island in search of a group of Kassegats.

On Mystery Island, the agents discovered that they had arrived too late. Yurius had already arrived and claimed the Kassegats. He hid them within a temple on the island, behind several traps. However, the agents were able to use quick thinking to overcome them, and rescued the Petpets. Next, on the hunt for Oukins, the agents were dispatched to the Haunted Woods.

Once again, Yurius had managed to get there first, and left yet another cryptic note for the agents. They soon discovered the Oukins, locked within one of the graveyard's tombs. 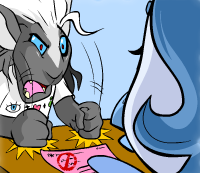 Finally, the agents were dispatched to Maraqua on the hunt for Dipnis. However, Yurius sprang a trap on the agents, trapping them within a gradually flooding device. Yurius trapped himself within a similar device, and claimed that whoever escaped first was the better PPL agent. As the agents figured out the solution to the keypad lock on the trap, Yurius discovered that his own solution had become damp with the water, and the ink had run. The agents escaped, and agreed to free Yurius rather than let him drown. Yurius meanwhile, had a startling flashback to his entrance exam with the PPL. Then, just as in the trap, he had used a pen instead of a pencil, causing him to be fired. It was this that had caused him to seek revenge. The agents returned both Yurius and the Petpets to Weltrude, and she prepared to open the Petpet Park to the rest of Neopia.

At the conclusion of each plot comic, users could follow links to complete several puzzles based around locating the Petpets. Unlike in previous plots, there was no time bonus for completing each step quickly.

Although no trophies were awarded, item prizes were awarded. Users were awarded a lump sum of Neopoints based on the number of missions they completed, the maximum being 45,000 Neopoints. Finally, users who participated gained access to a unique wearable item within the Petpet Park game:

Users who participated were given access to the Petpet Protection League site theme. 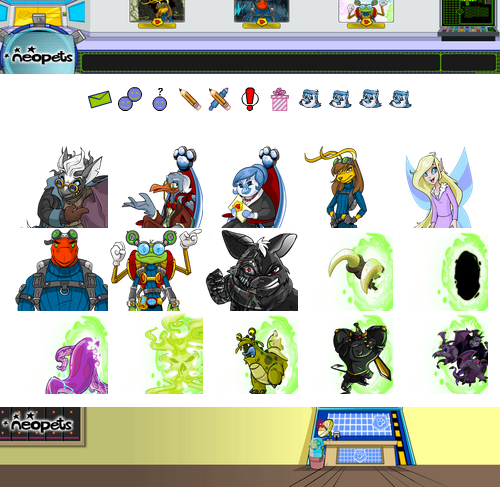