The Return of Dr. Sloth

The Return of Dr. Sloth was a plot released on the 29th of January, 2008 (Year 10), and lasted until the 15th of March. The plot was originally scheduled to be released during 2004, but was instead cancelled due to the workload it would have involved.

The tale began with an agent of the Resistance against Dr. Sloth, named Gorix, being contacted in the bowels of the Space Station. He was ordered to meet with an operative named Scout who held valuable information. Meanwhile, Scout herself was being pursued by the mercenary, Ylana Skyfire. She managed to make her way to a public area, but as she did so, the station was attacked and came under the control of Dr. Sloth. Commander Garoo led a strike team into the main recreation level. During the fight, a young Cybunny named Cylara became separated from her parents. By impersonating Cylara, Scout was able to avoid detection, while Gorix mistakenly took Cylara, thinking her to be his contact. 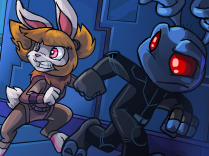 Gorix took Cylara back to the Resistance Headquarters, where Commander Valka explained the situation to them. Dr. Sloth was far from gone, and the Resistance had been working in secret to thwart his plans should he return. The Resistance launched a counter-attack as the prisoners from the recreation level were moved into transport shuttles. They succeeded in liberating the prisoners, and began an evacuation. Ylana Skyfire meanwhile finally tracked down the Scout, and Cylara stayed behind to defend her.

Gorix, the Scout and Cylara returned to the Resistance Headquarters, where the Scout relayed her intelligence. She claimed that a Sloth spy had caused the factions of Grundos on the moon of Kreludor to fight amongst themselves, allowing Sloth access to the Kreludite mines below the surface. Sloth's plan soon became clear, to use the radioactive properties of Kreludite to mutate the population of Neopia. As the Resistance mounted an effort to retake the station, Gorix and Cylara set off to Kreludor in the hopes of putting an end to Sloth's plans.

Why is everything in this comic strip blue?!

Gorix and Cylara were soon captured on the moon by a faction of Grundos led by Xarthab. Gorix recognised one of Xarthab's aids - Parlax, a traitor working for Dr. Sloth. As Parlax was taken away, Xarthab and his brother Zorlix were united at last. Unfortunately, Dr. Sloth decided to turn his full military might on the moon, and with the Space Faerie away in a distant galaxy (a distraction caused by Sloth), it seemed there was little hope. The Space Faerie did have one suggestion: Sloth was in possession of her magic token, and its abilities would be able to stop the fleet.

As the Grundos on Kreludor began to prepare their weapons, Parlax escaped. Gorix and Cylara made their way straight for Sloth's flagship in the hopes of finding the Space Faerie's Token, and on the Space Station, Valka and the Scout launched an attack on the remaining soldiers of Sloth's Empire. As the battle turned against Commander Garoo, another bounty hunter, Sophix II, arrived with an army of robotic Grundos that evened the odds.

Onboard Sloth's flagship, Gorix and Cylara sorted through various duplicate tokens until they located the real version. In the bowels of the ship, they encountered a disgruntled Commander Gormos, who out of anger at Dr. Sloth, allowed them to pass. Gorix and Cylara then continued to Sloth's chamber. There, Gorix fought Parlax while Cylara prepared the chant to activate the Space Faerie's Token. The magic soon had an effect, sucking in Sloth and trapping him within. In his last act before disappearing, Sloth activated the flagship's self-destruct. Gorix and Cylara fled just in time, though Parlax also managed to escape. With Sloth seemingly destroyed, the rest of his troops gave themselves up, with Ylana escaping the space station before the Scout could apprehend her. 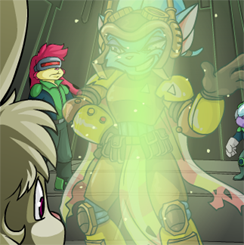 After the battle, Commander Gormos reached Kreludor, hoping to take it over and create his own empire of evil, only to find that the Grundos had heard of his actions onboard the flagship and hailed him as a hero.

Meanwhile, the Space Faerie Token had survived the explosion of the flagship, and floated malevolently in space...

It is unclear what steps the original version of the plot would have included, but in the version that was eventually released, users gained plot points by completing certain flash puzzles and fighting Battledome challengers. As with other plots of this type, there were also optional activities that did not give plot points. In this case, they took place during the Space Faerie Token stage, and were:

The Battledome challengers released all included win limits, to cap the amount of plot points earned. The challengers were:

After the plot, a prize shop was released based on participation.

Trophies were also awarded, based on earned plot points.

In addition, all users who participated were awarded the Return of Dr. Sloth site theme. 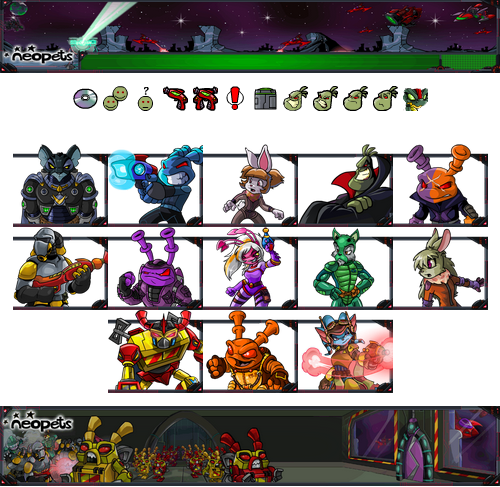