The Wand of Wishing

The Wand of Wishing was a game release for the Playstation Portable (in the US) on the 14th of March 2006 (Year 8. Though it was later available for download via the Playstion Store on the 31st of January 2008). It introduced the Petpet-based world of Petaria, an alternate universe to Neopia. It was subsequently tied into Operation: Petpet Park, and later Petpet Park as a whole.

The story began in the Haunted Woods. The Wanderer Archos read a magic book, which mutated him and turned him evil. With the help of his pet Werhonds, he began to rampage across the Woods, seeking the legendary Wand of Wishing to increase his power. Megan, another Wanderer, rushed to the location of the hidden wand with her Petpet, Fluffy (A Doglefox, Krawk, Mazzew, or Meowclops depending on the player's choice). Archos reached the crypt at the same time, and his Werhond stole the wand. Jumping through a mysterious portal, he disappeared, with Fluffy following. 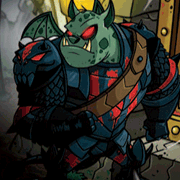 Fluffy arrived in the alternate universe of Petaria, populated by talking Petpets, and landed on Haffaklax Farm. Reaching the village of Terrasymol, Fluffy spoke with the Sage Bush, a wise talking bush on the outskirts of the village. It directed Fluffy to the local mines, amidst rumours of bandits terrorising the area, and of a giant Slorg attacking miners. Exploring the cave, Fluffy discovered that it was actually the lair of the bandits, and the giant Slorg was actually a trick devised by the Werhond, now acting as the head of the bandits. The Werhond escaped, heading towards the Monastery of Meow in the hopes of figuring out how to find and work the Wand of Wishing, with Fluffy in hot pursuit.

Fluffy reached the Monastery of Meow first, and discovered it was home to the Followers of Meow, a religious sect that worshipped the first Petpet in Petaria, Meow. Legend said that Meow was the companion of the Founder, the Neopet that created Petaria with the help of six elemental guardians. The Founder used the Wand of Wishing to accomplish this, but then disappeared. The Petpets then began to spread out across the world. The Abbot, Khao Manee, did not believe Fluffy's warning about the bandits, but was proven wrong when the Werhond attacked the monastery. The bandits headed straight for the Chamber of Seals, hoping to find a rumoured artefact left there by the Founder before he disappeared. Fluffy followed, reaching the artefact after the Werhond. It was a device which showed the current location of the Founder - the city of Miamecca. The Werhond went off to locate him while his right hand man, a Drackonack, stayed behind to battle Fluffy. Although Fluffy was able to defeat him, the Drackonack used the last of his strength to knock out the supports for the building, bringing it down around them. Fluffy barely managed to escape in time, and set off to Miamecca to speak with the Empress about the dangers of the Werhond. 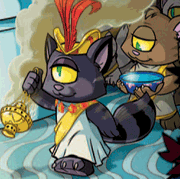 Fluffy soon reached Miamecca, but was refused entry to the palace by Sergeant Zim. Just then, a mysterious thief managed to steal the Eye of Miamecca, the most valuable of all of the Empire's jewels. Zim agreed to grant Fluffy an audience if the Eye was recovered. Fluffy found the thief without any problems, but he mysteriously handed over the Eye without a fight, claiming the entire thing had been arranged so that Fluffy could see the Empress. After having been granted an audience, Fluffy was allowed to briefly explain the problem to her before her Advisor, an Erisim, dismissed the issue and sent Fluffy away. After leaving the throne room, the Advisor caught up to Fluffy, and had him arrested.

The mysterious thief found Fluffy in the dungeons, and freed him. Fluffy then escaped from the dungeons into the catacombs beneath the palace. There, he encountered the enraged spirit of King Toogah, the city's first ruler after the disappearance of the Founder. The King assumed Fluffy had stolen his treasured pearls and attacked (in fact, the other ghosts in the catacombs had done it). Fluffy defeated the King, and as a reward was allowed to leave the catacombs. He emerged back into the palace grounds to find the bandits were attacking the city. Fluffy rushed to the Empress, finding that the Werhond and the Advisor had teamed up to overpower the Empress - and found a clue leading to the Western Desert. The Werhond and the Advisor managed to escape using a magical portal, while the Drackonack bandit, now missing a leg, stayed behind to finish Fluffy. Once again, he was defeated, and Fluffy managed to gain passage on a caravan heading towards the Western Desert. 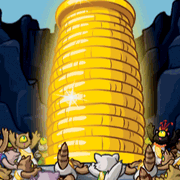 Not long after reaching an area of the desert known as the Maw of the Wadjet, Fluffy located the mythical Temple of the Founder, and inside he found the mysterious thief once again. This time, the thief revealed his identity - he had been the Founder all along, and he had the Wand of Wishing.

The Founder revealed the history of the Wand of Wishing. It had been created by a powerful Dark Faerie - but fearing it's power a Light Faerie placed charms on it allowing it to do great good as well as great evil. Together, they hid it, but the Founder later discovered it. He foolishly wished to become the ruler of the world, and he and his Petpet, Meow, were teleported to Petaria. There, six elemental guardians were called to help him master the magic of the wand. Eventually however, the Founder tired of his life as ruler, and disappeared from public life, hiding the wand in Neopia. 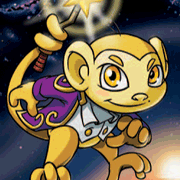 Unfortunately, the Werhond and the Advisor caught up with them, and the Advisor attempted to claim the wand. Fluffy challenged and bested him, but the Werhond was able to claim the wand and began absorbing the magic inside it. Fluffy and the Founder managed to escape the temple as it collapsed, with the Founder instructing Fluffy that he needed to locate the six elemental guardians. Only with their help could the Werhond be defeated.

First, Fluffy travelled to the nearby Molten Caverns to find the Fire Guardian. He had been sapped of most of his strength, and a giant Cyodrake had stolen a helmet that helped him concentrate. Fluffy defeated the Cyodrake and recovered the helmet. Restored, the Fire Guardian pledged to give help to the Founder, and spoke of an additional evil force that might have sent the Cyodrake.

Next, Fluffy enlisted the help of Ambrose, an Apothecary in Miamecca, to gain passage to the Earth Guardian's Lair in the ruined city of Denapas. Ambrose provided a flying potion that did the trick, and Fluffy arrived in the city. It had long ago been deserted when vines and swamps overran it, but Fluffy soon discovered that a Gnar had overrun the area and captured the Earth Guardian. Fluffy defeated the Gnar and freed the Earth Guardian, who suggested contacting the Air Guardian next.

Returning to Miamecca, Fluffy found passage to the Air Guardian's home in the Cloud Plains with the help of Ethne, a local inventor. Her Podimus Airificus, a modified zeppelin, carried Fluffy right to his destination. There, he found that Air Mages (Dragoyles) had taken over and imprisoned the Air Guardian, and the 'Breathers' the Air Guardian used to create clouds were running out of energy. Fluffy freed the Breathers from the Air Mages, and confronted their leader, the Dragoyle King, to free the Air Guardian.

Seeking out the Water Guardian next, Fluffy got passage on a ship belonging to Captain Dobbs, who was heading to the Iceberg Archipelago to find out what happened to the Dread Pirate Blacktusk. Arriving on the Archipelago, Fluffy discovered that a giant Triffin had imprisoned the Water Guardian in ice. Fluffy defeated the Triffin and freed the guardian, who dispatched him to Shadow Island to find the Light Guardian. The Water Guardian warned that someone else had been imprisoning the guardians, and hoped that the more intelligent Light Guardian knew who.

Captain Dobbs agreed to travel to Shadow Island, and Fluffy found the Light Guardian's Lair. There, he discovered that the Light Guardian's apprentice, a Whoot, had gained access to power that had sent him insane, and someone else had imprisoned the guardian in a dark cloud. Fluffy defeated the Mad Whoot, which also freed the Light Guardian. The creature that had imprisoned the guardians finally revealed themselves - the Advisor. However, the Advisor revealed that the Erisim form was yet another disguise - he was in fact a she, the Dark Guardian. She plotted to work with the Werhond in order to gain more power, and set off to join him at the Founder's Temple.

Fluffy followed in their wake, and entered the shattered temple. There, the Werhond informed the Dark Guardian that she was no longer needed. He was planning on replacing her and all the other guardians with ones of his own choosing - the Bandit Drackonack, Cyodrake, Gnar, Dragoyle King, Triffin, and Mad Whoot. Enraged, the Dark Guardian agreed to help the others defeat the Werhond. Defeating each of the replacements in turn, the originals were able to take their place and focus their energies on the Werhond, reducing his power and making him vulnerable to damage. Fluffy then attacked and defeated him, freeing Petaria from the prospect of his rule. 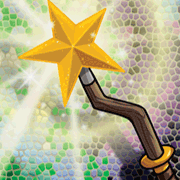 In the aftermath of the battle, the Founder claimed the Wand of Wishing (avoiding the Dark Guardian), and presented it to Fluffy. The hero used its magic to return to Neopia, and presented it to Megan. She was able to use the magic to undo the destruction Archos had caused, and return him to his normal form before he read the magical book. With the Wand's magic complete, Megan returned it to its hiding place, claiming that it could not be used again for 1000 years.

Although the ending shows the Wand being used to undo Archos's destruction, in the world of Petpet Park it appears to have been used to create the Park as well - it is unknown if Megan's wish also resulted in the creation of the Park, or if it was a different wish.

This page was written by Herdy and last updated on August 29, 2021.