The Habitarium was a flash game introduced on November 8th, 2010 (to Premium members, general release happened on November 24th). It was a harvesting game, focused on looking after a small colony of Petpetpets. As part of the purchase by Jumpstart, Habitarium was permanently closed on September 18th, 2014. Thanks to Summertwinkle, Cat, Carnation, and Jimmycarlos for some of the images in this section!

The Habitarium was centered around looking after a collection of Mootix, Larnikin, and Pinchit Petpetpets. These Petpetpets, or P3s, would need looking after, including feeding, their health, and making sure they got enough sleep. In return, the P3s would harvest resources like wood and water which users could use to upgrade the Habitarium and construct new buildings to help the P3s. 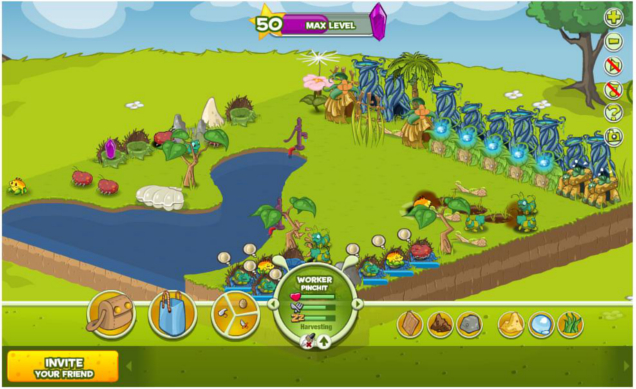 A view of the Habitarium.

P3s fell into one of three categories. There were Workers who gathered resources, Soldiers who fought off attacks from Pests, and Nesters who laid and incubated eggs for future generations of P3s in the colony. Helping the P3s complete their tasks, or successfully keeping a P3 alive until it died of natural causes (becoming a crystal) awarded users with Experience Points to level up their Habitarium. Upon reaching each new level, users were rewarded with Neopoints. 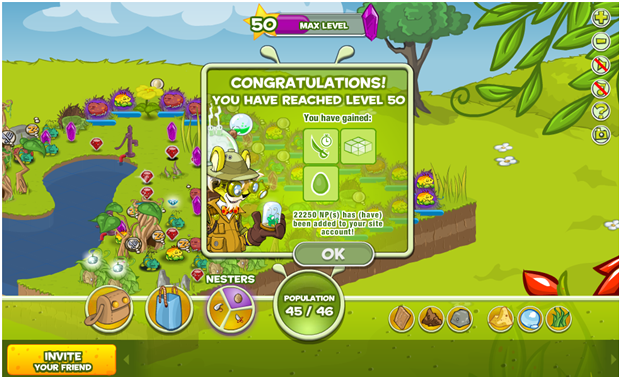 Level was capped at 50, but this wasn't the end of the game. Upon reaching the cap, users could continue to farm Experience Points which would then produce purple crystals. These could be exchanged for 500 Neopoints each—which quickly added up to make Habitarium a method of generating large amounts of Neopoints. 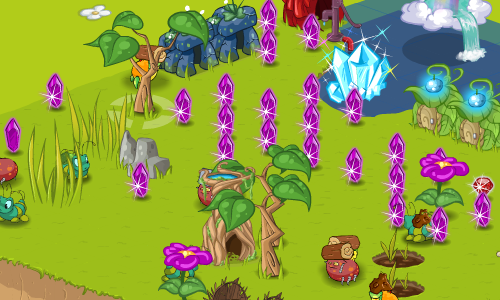 As with many games of this type, having Neofriends gave certain perks. Users could interact with every Neofriend on their list running Habitarium. They could either Raid (risking their own soldiers to gain resources from a friend), gift (sending items to friends), or help out (repairing buildings and resources, or healing P3s).

There were many decorations sold in the NC Mall to tie in with Habitarium. Most had only a cosmetic effect on the game, with the exception of the Lookout Tower building, which reduced losses from Raids. 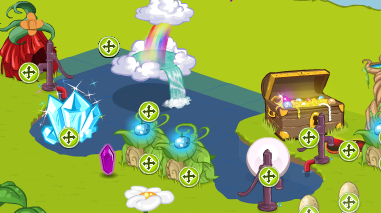 The Mall also offered the option to dye your P3s into a variety of different colours, similar to Paintbrushes for Neopets.

Finally, the background of the Habitarium screen could also be customised to different themes using items from the Mall. 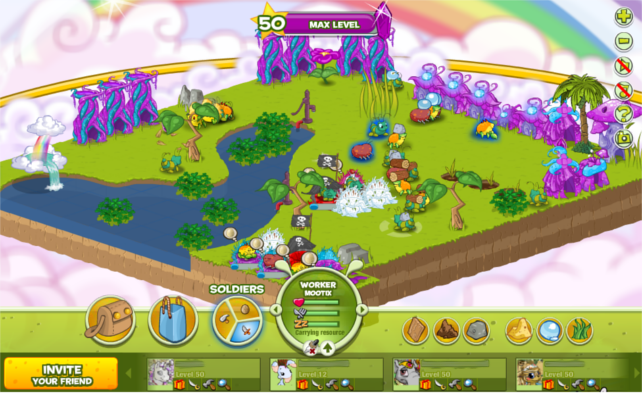 A Habitarium with the Faerie Cloud Background.

As a farewell to Habitarium, when the site came back from the transition to Jumpstart, users were given access to the Habitarium site theme and a special goodie bag item containing Habitarium themed items.

Although Habitarium was released in 2010, it had been a project in the works for far longer. Originally titled Petpetpet Habitats, the game was released for a Premium-only beta on April 25th, 2008. Although the basics of soldiers, workers, and nesters and the three main P3 species were the same, the game was very different. Instead of a site-based game, it was a program that was downloaded to a user's computer. 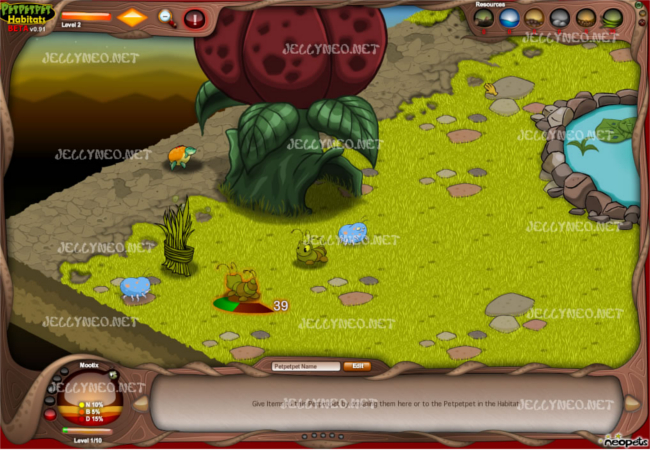 The art style was much more realistic than the Habitarium version, and the colony itself was split up into four areas, rather than the one larger area of Habitarium. Ultimately, the bugs in this version proved too much, and the game was rebooted and remade as Habitarium. 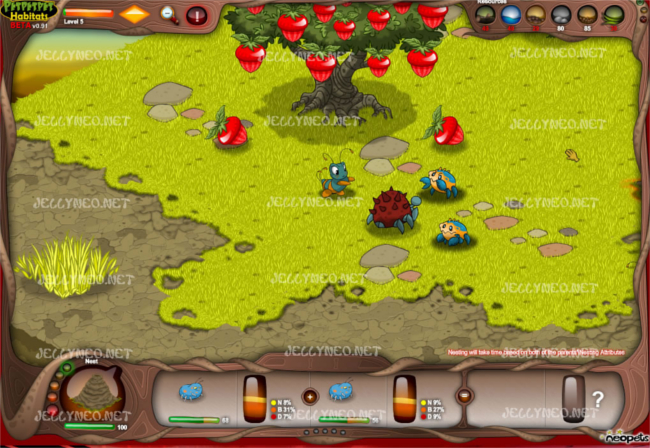 A Raid in Petpetpet Habitats.

If you'd like to learn more about Habitarium, why not check out:

This page was written by Herdy and last updated on November 15, 2018.