Treasure Keepers was a Facebook game released on June 16th, 2011 (to Premium users - regular release was on August 8th). It was made in partnership with Meteor Games, the company founded by Neopets creators Adam and Donna. It was focused on exploring the land of Portal City, and managing a shop there. It closed on December 14th, with Meteor Games as a whole closing shortly after.

The core gameplay of Treasure Keepers focused on managing a shop in Portal City. Users could display items to be sold to non-player characters who visited their shops randomly. Neopoints from these purchases could then be used to expand the shop and buy new decorations to make it look nicer.

A view of a user's shop.

Because the game was on Facebook, there was no Neocash. However, there was a paid element in Facebook Credits. These operated like Neocash and could be used to buy exclusive decorations and time saving potions.

The second key part of the game was gathering items to sell in the shop. This could be done by going on adventures in Portal City. This launched a form of board game, where players would navigate through a level via tiles. As with many board games, there were special tiles which awarded Neopoints or items, or force you to take so many steps backwards. There were also special tiles that would randomly award items, experience, or Neopoints, or cause the player to lose health. These tiles came in three varieties, tied to a player's three main attributes—puzzle, reflexes, and combat. Each of these attributes could be leveled up via experience points to lessen the chances of losing health. 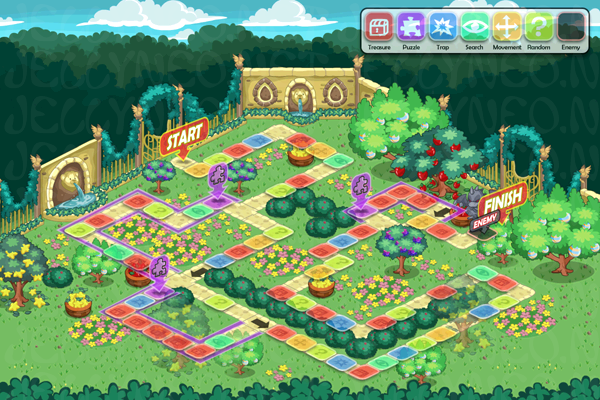 An example of an adventure level.

Should a player lose all of their health, they would be returned to their shop with no prizes. But if they successfully made it to the end of the level, they would return with experience, Neopoints, and items to sell. 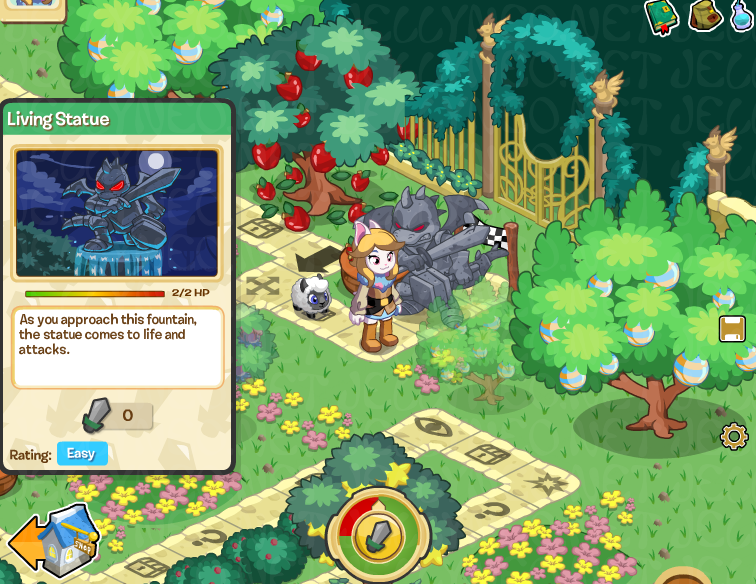 An example of a battle held at the end of most levels.

Users could also take a Petpet on an adventure with them. There were a variety of Petpets, but they all allowed a free pass on one of the puzzle, reflex, or combat tiles, depending on which attribute the Petpet was aligned with. 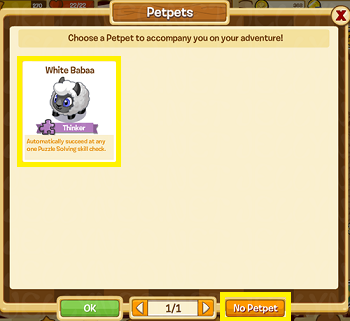 One of the available Petpets.

As users gained levels, named non-player characters would enter the shop and request special orders. These were typically for items that were not normally available to users, but would only start appearing in specific levels once a quest was accepted. Helping out these characters would award Neopoints, experience, and items that could be sold. Several quests formed chains, with a new part every level revealing a new part of a larger story (for example, Firruk and Volander had a long quest chain that focused on the fights between their superiors in the palace guards). 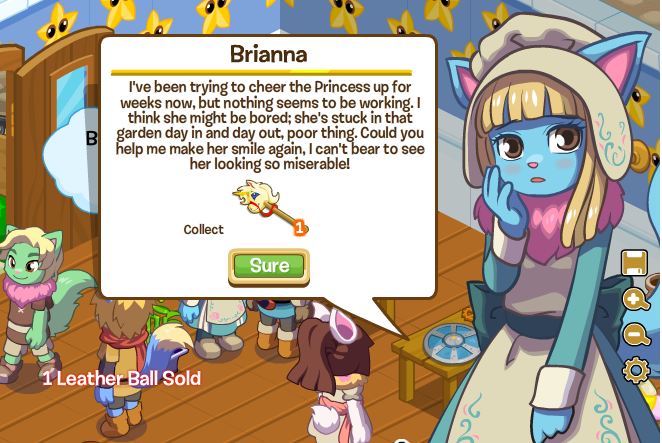 One of the available quests.

In addition to these level-based quests, every 8 hours a non-player character known as Michelle entered the shop to offer a quest for the city's Resistance. Unlike the other characters, she would randomly ask for one of the normal, sellable items gained from adventuring. She would give users 4 hours to locate the item, otherwise the quest would be failed. Rewards for these quests were exclusive decorations for the shop and Petpets. 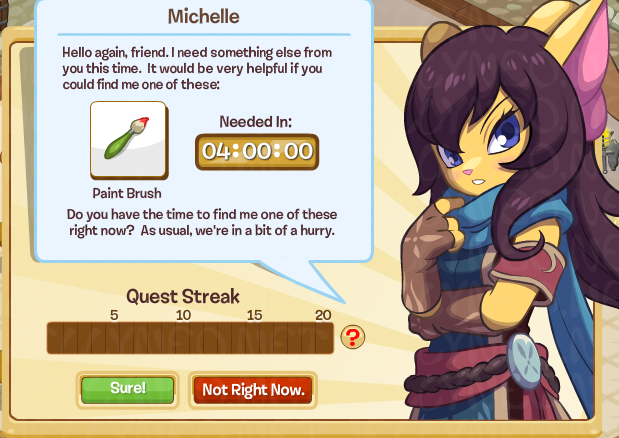 A visit from Michelle.

Users who had Facebook friends who also played the game could visit the shops of their friends. In this way, they became a sort of customer, able to purchase items for sale like any other random customer. This helped users who were lacking an item asked for by Michelle.

Treasure Keepers was mostly a seperate entity to the Neopets website. However, by performing certain feats in game, such as collecting Neopoints or items, would unlock Rare Item Codes which could then be redeemed on the main Neopets site for Neopoints, exclusive items, and a site theme. 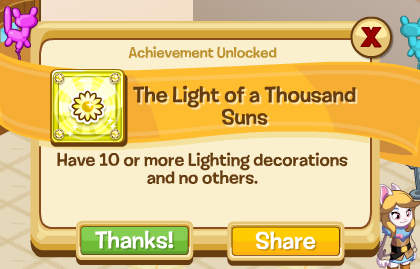 One of the achievements.

Upon the closure of Treasure Keepers, a farewell Rare Item Code was given out containing some items as consolation.

If you'd like to learn more about Treasure Keepers, why not check out:

This page was written by Herdy and last updated on September 24, 2018.