Heads up! The Lost Isle was featured in a plot and cannot be visited from Neopia. Read more about The Journey to the Lost Isle.

The Lost Isle is a land considered by many of the Seekers until recently to be a myth. It does not officially appear as a visitable land in Neopia, despite its discovery.

The main island is the only land of this relatively small island. It is inhabited entirely by giant mutated Petpetpets, though at some point in the past at least two Neopets were resident on the island.

The island has a large mountain at its core, from which water springs, forming two rivers, one flowing north west and the other south west, which effectively separate the island on the west side. A large lake forms at the base of a waterfall on the southern river. The rest of the island is covered in thick vegetation such as sundews, and the island holds a large amount of the Selerium Taniverens orchid. Rocks surround the island, damaging unsuspecting sailors. An artificial structure of unknown origin lies in the north east of the island. The island appears to be a floating landmass, moving constantly much like Lutari Island.

A rough map of the island.

The weather of the island appears quite changeable. At times, it can be tranquil and sunny, whilst at other times storms can rage for three days or more. The mobile nature of the island only serves to increase the changeability of the weather.

It is unknown exactly how the species of Petpetpets on the islands evolved originally. The large artificial structure on the island appears to be a research facility of some kind. Whoever lived there either studied, or perhaps created, both the flora and fauna of the island—technologically, it is far more advanced than Neopia was at the time of its creation.

At some point, the structure, and island, were abandoned. The island was later rediscovered by Mad Tongue Murphy, when he was shipwrecked. He explored the island, discovering both the giant Petpetpets and the structure (though he did not get a chance to open it). His isolation on the island and the presence of the Petpetpets sent him mad. He managed to escape the island by building a raft and paddling until he was found, but few believed his tale.

His journal eventually fell into the hands of Hugo Fairweather, who with the help of his assistant Werther, and daughter Lilian, was able to translate it from the original Tyrannian. They set off on an expedition to the island with Roxton, Scrap, and Captain Rourke aboard the SS Primella.

Encountering a bad storm, the ship was dashed on the rocks. With Rourke and Scrap attempting repairs on the ship, the others continued inland. They encountered many of the local Petpetpets, and opened the strange structure on the island, finding the sketches of the flora and fauna of the island. Chased by a giant Moach, they returned to the ship and the group departed the island. Lilian had managed to save a specimen of a fruit she found, a relative of Crysophyllum Munusa, proving at least part of their story.

In an alternate universe created as a result of changes to the timeline in Year 15, the Lost Isle became a tourist attraction in the style of Jurassic Park. The timeline was corrected and this no longer happened.

Look how cute it looks!

Much of the fruit on the island is edible, in particular a relative of Crysophyllum Munusa. This fruit appears to have remarkable restorative abilities, curing Mad tongue Murphy of his exhaustion in one serving. Several of the island's Petpetpets are carnivores, eating each other to survive. 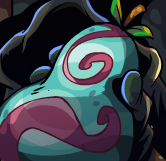 A specimen of the Crysophyllum Munusa relative found on the island.

Many species of giant Petpetpets can be observed on the island. It is not known if every single Petpetpet species is represented. However, those species that were observed were: 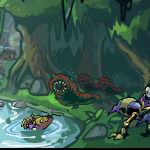 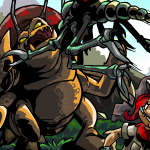 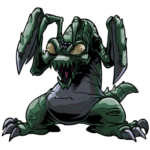 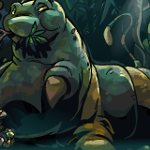 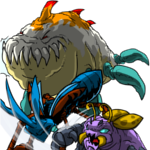 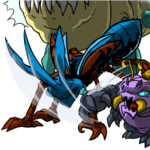 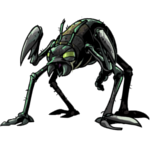 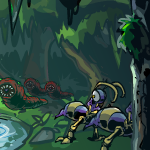 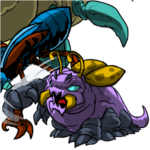 This page was written by Herdy and last updated on September 21, 2018.