Heads up! Portal City was featured in a gypsy's tale, so it is unclear if it ever existed in the real version of Neopia. Read more about Treasure Keepers.

Portal City was an ancient land in an undisclosed location in Neopia. Sealed off from the rest of Neopia by great walls, the residents used magical portals to travel across the planet.

The main city was the only main location, however it was large with many different places to visit. The royal palace had extensive gardens, even ones reserved for the royal family alone. The docks had a large criminal element, being run by Silus the Swindler from his ship, the Pride of Maraqua, and later by Taranell. The criminal element of Portal City also had bases in the city sewers and the secret tunnels that ran under the city. The marketplace was perhaps the most significant portion of the city though, with countless shops selling wares that the owners gained from their own adventures. There was a sizable graveyard, and a wizard's guild, as well as a circle of portals that would lead to other lands.

Portal City lay on the west coast of an unspecified land mass. A river ran through the middle of the city, with the docks providing the only means in or out of the city (aside from magic portals) due to the city's high walls. Known portals lead to Terror Mountain, Mystery Island, Tyrannia, the Lost Desert, Maraqua, and the Haunted Woods. 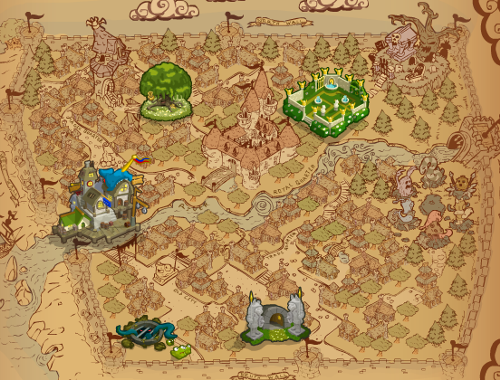 A rough map of Portal City.

Portal City was generally quite clement, though portals allowed citizens to access other lands with different climates. 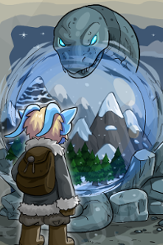 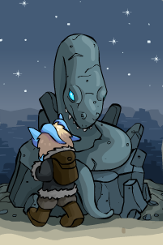 One of the portals (to Terror Mountain) in an open position, and then later closed.

Portal City had previous been ruled by the King until his death, at which point Prince Jasper took the throne. His wife, Queen Sallix, was thought to have become the true power behind the throne, however, due to her influence on the Prince.

Until the death of the King, Portal City had been a prosperous land. However, when Jasper took the throne it fell into decline, largely due to Queen Sallix. He sealed off the magical portals in the city, completely isolating it. Over the coming months, Silus the Swindler was ousted from his position in the docks by Taranell, while the soldiers working in the castle engaged in a bitter rivalry that ended with them trying to kill each other several times. A resistance against the Prince rose up, and began to recruit actively in the city.

Most people made their way in the city by adventuring in various locations and selling the items they found. A few more busy locals sent individuals on quests for items instead of finding them themselves. The pirates in the port are known to use Dubloon like coins that don't have the Portal City royal seal.

Zaffite is one of the more popular and rarer gemstones in the city.

A large array of foods from across the planet were available in the city, and the Money Tree sometimes dispensed them for free.

A large number of wild animals live freely within the boundaries of Portal City. Violent Crokabeks can be found in the Royal Gardens, while monsters live in the tunnels under the city. Giant Slorgs are a large problem in the sewers, whilst tentacles from a giant sea monster plague the docks. Coin Beetles, native to the city, are a problem for shopkeepers, due to their ability to disguise themselves as Neopoints.

The Toxog, relative of the Mortog, has adapted to live in the city's sewers.

Portal City had a large standing army, but it was beset by infighting and corruption, making them largely ineffective at fighting crime in their own city, let alone anywhere else. 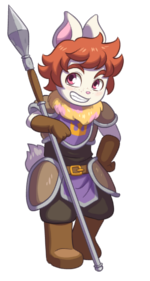 This page was written by Herdy and last updated on September 28, 2018.