Petpets are a wide variety of small, lovable creatures that Neopets can take on as pets of their own. They come in a wide variety of species, from many different lands; they can also be painted, much like Neopets. They are for the most part simple creatures, and are unable to speak in the way of Neopian denizens such as Neopets and Faeries. They've been the subject of many games—such as Petpet Rescue and Petpet Cannonball. Situations such as the latter caused the Petpet Protection League to be formed for the defence of petpet welfare.

An alternate world, known as Petpet Park exists where petpets are the dominant species. Until September of 2014, Neopians were able to explore that world, but it's since been closed off to visitors. Petpets there operate independently, and do not rely on Neopet owners. 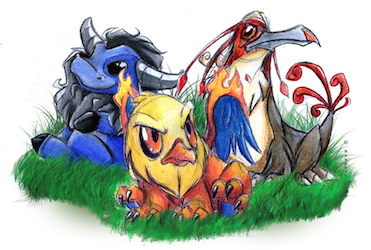 This page was written by Suzuka and last updated on September 8, 2018.